then you also do 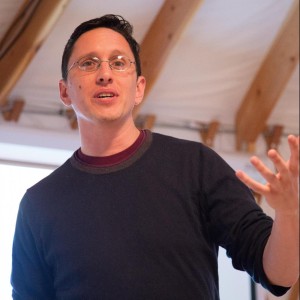 B. Loewe is a mentor with Reframe and works with a variety of movement groups through his creative interventions firm, On Point Studios. B’s social justice work started at age 15 outside of Washington, DC where he now resides and has been rooted in movements for racial and economic justice. He served as the Co-Director of the Latino Union of Chicago from 2003 – 2009, a National Organizer for the US Social Forum in Detroit in 2010, and as the Communications Director for the National Day Laborer Organizing Network from 2010 to January, 2015 where he spearheaded the integration of off-line organizing with on-line action and earned media strategies, co-leading the #Not1More campaign to stop deportations, before co-founding Mijente from 2015 to 2017.His writing has been published in the Men Speak Out (Routledge) and We Shall Not Be Moved (PM Press) anthologies and his ghostwriting has appeared in almost every major outlet. Follow B. on twitter at twitter.com/bstandsforb.
PrevPreviousSidney Fang
NextSecond Best SpokespersonNext

WHAT’S IN A NAME?